EnviroTech Europe has been supplying the aerospace and aviation industry for over 30 years with a range of products, approved and used for vapour degreasing for components throughout the supply chain. The introduction of SuperCORR A to our product range offers an approved and specified corrosion protection solution in this field.

Below you can find some of the known applications EnviroTech products are currently being used for:

Aquus Water Based Cleaning For Aerospace And Aircraft

For airline operators and service contractors  – one cleaner for all cleaning applications reduces time and costs by removing the need for multiple cleaning products usually needed to deal with the challenges presented by the wide range of soils, oils and other contaminants which need to be removed.

Aquus CL-One is safe for the environment and users, contains no solvents and is biodegradable within 30 days. Typical applications are discussed below but many more will be experienced in day to day operations. With only one product for all cleaning applications incorrect selection or dangerous uses can be avoided.

Aquus CL-One can be safely used on all types of metal, composites and painted surfaces without any adverse effects. Body and wings to remove dust, other soils, wheels, landing gear rubber, oil and grease. Applied with high- or low-pressure washers the run off to gutters and drains to waste water settling tanks will allow continuous reuse of the diluted Aquus CL-One solution until exhausted.

This is extremely economical as dilution ratios with water varies with the application but in many cases can be of the order of 40 to 1. Solids rapidly settle to the bottom of the tank while oil separates to the surface and can be skimmed off for safe disposal. When the Aquus CL-One cleaning solution is exhausted it can be removed by contractors or run to drains as the surfactants are completely biodegradable within 30 days and contain no phosphates.

Valeting of seating and rapid cleaning of carpets and inner headlining is easier and faster using one cleaner for all applications. The diluted Aquus CL-One is very fast, effective and economical. Containing no solvents this surfactant based cleaner is safe with all natural and synthetic materials on seats and carpets, paint and plastics and metals. Application by conventional refillable sprays, manual wiping and cleaning machines.

A unique characteristic is the ability of Aquus CL-One cleaning to control odours, explained in more detail here.  Due to this ability to control smells and odour rinsing, is usually not necessary.

Super CORR A Corrosion Protection For Aerospace And Aircraft

While maintained aircraft can fly for decades, corrosion is an ever constant threat to the integrity of the aircraft. It is true that older airplanes need more attention and maintenance, an aircraft’s age has not been considered a safety factor, as long as the aircraft is undergoing frequent and prescribed maintenance checks.

Checking for and preventing corrosion has to be considered a very serious part of any maintenance program. The effects of corrosion in avionic, electrical and electronic components and systems including electrical wiring interconnect systems (EWIS) directly affects reliability, operational readiness, costs, as well as safety.

SuperCORR A is a proprietary Ultra-Thin Film, Water Displacing, Lubricant and Corrosion Preventative Compound is non-flammable and was designed as a hydrophobic, self-healing and thermally stable product for applications where superior corrosion protection from the degrading effects of fresh or salt water moisture, acidic atmospheres, fretting corrosion, and static electricity, corona, and other electro migration problems. are demanded.

Corrosion is not only a very expensive problem it is also a very dangerous one.  SuperCORR A provides a very high degree of corrosion protection and lubrication, reducing the possibility of failure of avionic, electronic, electrical components, switches, and connectors by effectively displacing and preventing the ingress of moisture and other contaminants from the surfaces that initiate corrosion leading to component or system failures. SuperCORR A was also found reduce the number of “False Alarm”, “No Fault Found” and “Can not Duplicate” problems in avionic and electrical/electronic components that were sent to a maintenance facility for repair.

Protect components against moisture, wear, general and fretting corrosion, surface static electricity, corona, and other electro migration problems. The types of corrosion that are seen in aircraft structures are uniform, pitting, exfoliation, intergranular and microbial corrosion. Read more about types of corrosion.

LP Gas Turbines are used throughout the world by extraction industries and manufacturing plants in remote and hostile locations for essential power production. Dusty and wet environments in deserts, mines, grinding mills, pulp and paper mills and on land or sea drilling rigs for gas and oil production. Turbines powering aircraft services while stationary connect and disconnect many times a day in extreme conditions. These applications and locations test connector sealing continuously allowing dust or water to penetrate.  Use of SuperCORR A  improves performance by reducing corrosion fretting, read the full article here. 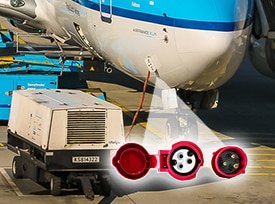 Maintenance with SuperCORR A improves electrical connections on mobile generators.

Portable generators are used throughout the world by extraction industries and manufacturing plants in remote and hostile locations for essential power production. Dusty and wet environments in deserts, mines, grinding mills, pulp and paper mills and on land or sea drilling rigs for gas and oil production. Generators powering aircraft services while stationary connect and disconnect many times a day in extreme conditions. The flexing of the connecting cables allows sufficient movement between the metal surfaces of the connecting pins to produce fretting corrosion which reduces, interrupts or produces failures in supply.

Containing extremely long-lasting, proprietary anti-corrosive inhibitors SuperCORR A aerosols provides superior lubrication and protects components against moisture, wear, general and fretting corrosion, this essential task can be carried out in any conditions quickly, easily and securely. 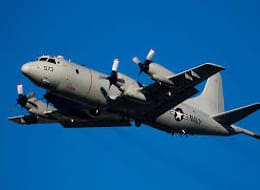 Application of SuperCORR A to the flap tracks, jackscrews and asymmetry detector chains of the U.S. Navy’s entire P-3 Orion fleet of electronic surveillance aircraft, may save more than 40,000 maintenance man-hours per year. The cost saving when use is expanded to other areas will be significant. The jackscres extend and retract P-3 wing flaps. As the jackscrews are carbon steel, if any moisture is present corrosion develops within hours. This corrosion results in additional wear and binding of the P-3 flap tracks and jackscrews. 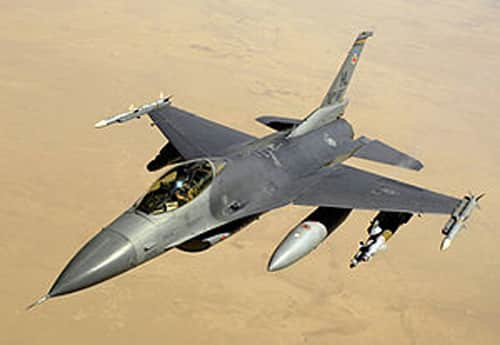 The U.S Air Force in conjunction with Air Force Research Lab, Batelle Labs, Sandia National Laboratories and a number of F-16 and F-15 squadrons tested SuperCORR A for several years, with excellent results.

SuperCORR A is approved for use on the U.S. Air Force’ F-16 and F-15’s as well as all other U.S. military aircraft as a lubricant and corrosion preventive compound to improve contact lubrication and prevent corrosion in all avionic, electronics, electrical systems, switches, connector’s and components. Using SuperCORR A was found to improve aircraft reliability and mission capable rates as well as reducing maintenance Man-Hours there by reduces costs. SuperCORR A has also reduces or eliminates False Alarms failures as well as No Fault Found problems in avionics and electrical systems and components and problems caused by Cadmium corrosion. 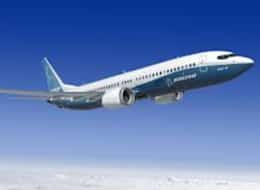 Military and civil industry approval to use SuperCORR A on the F-16, C-130, P-3 Orion, and the F-15, Boeing-737’s, DHC-6 Twin Otter, Bell Helicopters, Bombardier BD-700 series and Bombardier Challenger 300/350, Learjet 45, Legacy 650, Hawker- Beechcraft, and Northrop-Grumman to name but a few. SuperCORR A is also being used at BAE Systems, Honeywell and Raytheon Systems to prevent corrosion from causing avionic, electronics, and electrical systems and components failures.