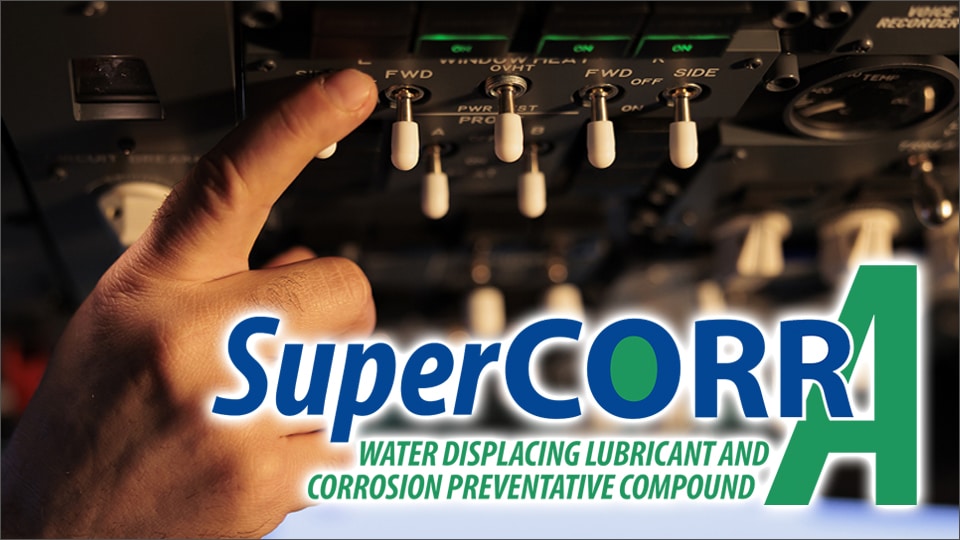 Super CORR A was originally developed for the U.S. Air Force to comply with Mil-DTL-87177B (formerly Mil-L-87177A) specifications. A water displacing lubricant and corrosion protection compound that prevents avionic as well as electrical and electronic components from systems failures caused by corrosion. It is now the industry standard for electrical corrosion protection, for in service maintenance by both military and commercial aircraft major repair and overhaul (MRO) facilities worldwide.

Super CORR A is a unique and proprietary formulation with long-lasting, anti-corrosion inhibitors and components providing a superior lubrication coefficient and protection against moisture, wear, general and fretting corrosion, static electricity, corona, and other electro migration problems. The non-flammable film is only 7 microns (0.007mm) in thick and is formulated without sulphates, chlorides, petroleum-based material, or halogens, to meet the EU RoHS directive.

Manufactured and supplied by EnviroTech Europe Ltd, it is unexcelled in preventing failures of electrical systems and electronic equipment caused by corrosion as well as preventing the corrosion of metal components surfaces, including those of components comprised of dissimilar metals such as those found in aerospace environments. 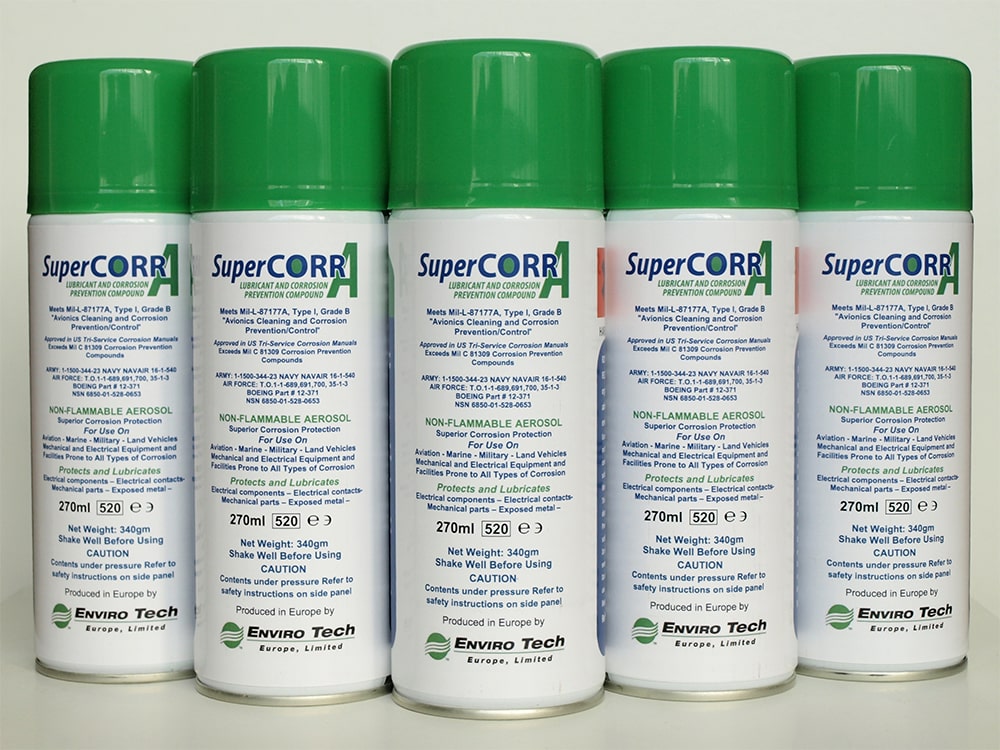 Use Super CORR A  for protection and lubrication of connectors, electrical systems and switches and mechanical controls during servicing. The ability to displace water from exposed contacts can ensure reliable operation in extreme conditions all in one small aerosol can.

For more advice, please telephone us on +44 (0) 20 8281 6370 or use our website contact form. All products are supplied and supported by EnviroTech Europe Ltd. Manufactured in the United Kingdom and available on short delivery times through our dedicated team of distributors worldwide.