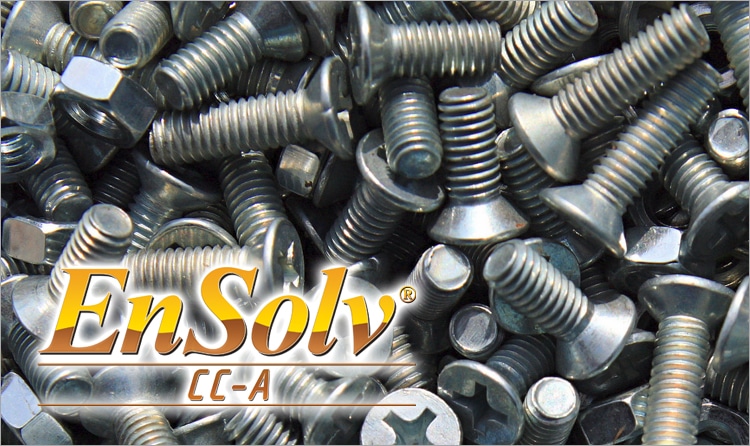 SAFE FOR USERS AND THE ENVIRONMENT

Environmentally friendly cleaning all the constituents of EnSolv® CC-A  are environment friendly and compliant with REACH. This proprietary blend has no global warming potential (GWP) no ozone depletion potential (ODP) does not produce ozone at ground level and is biodegradable. EnSolv® CC-A  addresses many of the problems faced by the engineering industries in meeting environmental legislation.

Easily biodegradable all the components of the EnSolv® CC-A  formulation are widely used in industry but only trace elements have been detected in atmosphere and they are not detectable in rivers, oceans or ground water. This is attributed to its high volatility and biodegradability by naturally occurring organisms. Released into the atmosphere it is photochemically degraded reacting with naturally occurring hydroxyl radicals producing only carbon dioxide and hydrogen chloride simple chemicals already present in the environment.

No depletion of the ozone layer and no global warming. EnSolv® CC-A  has an atmospheric lifetime of only 6 months and does not accumulate in the atmosphere so is not transported into the ozone layer. The most urgent challenge for the future is reduction of gases which produce global warming. The solvents and any breakdown products of this formulation do not produce greenhouse gases and the reduced energy needs of vapour degreasing with EnSolv® CC-A  lower the power station production of CO2 for equivalent work throughput.

No ground level ozone production – authorities are becoming increasingly concerned at ground level pollution causing increased asthma and bronchial diseases much of it due to photochemical production of Ozone affecting children and adults. EnSolv® CC-A has a minimal impact on ozone formation with an extremely low photochemical ozone creation potential (POCP).

Reduced solvent emissions (VOCs). Improving air quality is a high priority for the European Union and governments worldwide with the elimination of VOCs as a high priority. The use of EnSolv® CC-A with its excellent environmental profile assists the engineering industry to meet increasingly severe environmental legislation on solvent emissions allowing continued use of vapour degreasing with all the production benefits it offers.

FURTHER INFORMATION
Please visit our website https://www.envirotech-europe.com/ensolvcc-a for information about other uses and applications.