A detailed comprehensive review of 1-bromopropane studies confirm current recommendations by EnviroTech for occupational exposure levels for safe usage of EnSolv® as a vapour degreasing solvent.

Executive Summary
This paper re-evaluates EnviroTech Europe’s (ETE’s) current occupational exposure level recommendation of 100 ppm for 1-bromopropane (1-BP) [106-94-5] in the vapor degreasing industry in light of the recent lowering of the ACGIH Toxicity Threshold Value (TLV) from 10 ppm to 0.1 ppm. The 0.1 ppm value is based on a study of 86 workers exposed to 1-BP during its manufacturing in China in four different facilities. The authors reported significant effects at all 1-BP exposure levels down to 1.28 ppm. The 1-BP in these facilities had concentrations of the isomer 2-bromopropane [75-26-3] (2-BP) present as a contaminant at about 10-20 times the level sold for vapor degreasing.

There are several factors that undermine the conclusions reached in the paper that a concentration of 1.28 ppm resulted in toxicity in exposed workers. These factors were related to:

(1) Exposure measurements – passive rather than active samplers were used, and concentrations varied by more than tenfold for the same activity.

(2) Exposure via other routes in addition to inhalation – described worker activities indicate substantial dermal exposure, which increases the overall dose of the chemical relative to just inhalation exposure.

(3) Exposure to other chemicals – at least 20% of the workers were previously exposed to 2-bromopropane
(2-BP), and no testing was done for other chemical exposure.

(4) Statistical methods and interpretations – instead of using paired patient-exposure data, authors categorized exposure into groups (e.g., high, low); this resulted in apparent statistical relationships that may not be biologically relevant.

(6) The outcome of the subjective vibration sense test was in part dependent on the testing doctor – this dependency should remove the test and its results from consideration in the paper as a scientifically defensible endpoint.

When all of this information is considered as a whole, it is unlikely that the 1.28 ppm lowest effect concentration reported in the paper is accurate. The interpretations in the Li et al. study are inconsistent with expectations based on the ways in which 1-BP acts in rodents relative to humans. Studies on how 1-BP acts in the body of rats and mice and studies on metabolism of the chemical in humans indicate that humans should be no
more sensitive to 1-BP than either of these rodents.

Based on the weight of evidence available for the toxicity of 1-BP in humans and rodents, there is no credible scientific reason to target an occupational concentration as low as 10 ppm or 0.1 ppm. ETE’s current recommendation of 100 ppm should be maintained, and employers together with vapor degreasing personnel should not be concerned about the much lower levels recommended by the ACGIH.

If you work with industrial chemicals, materials or solvents then you may have heard of the American Conference of Governmental Industrial Hygienists (ACGIH). The ACGIH is a scientific, but non-governmental body of industrial hygienists that publishes Threshold Limit Value (TLV) opinions on chemicals such as n-propyl bromide the base solvent for EnSolv formulations. These TLV opinions are not held to the same standards as limits set by an organization such as OSHA in the USA, but are still published in books available on the ACGIH website. You or someone else in your company might be familiar with these TLVs.

The 1-BP (nPB) properties referenced by the ACGIH rely to some degree on information first published in 1999 and 2000, which contains information that is out of date and inaccurate when referring to today’s purity of 1-BP. Some of the things to keep in mind regarding ACGIH TLV opinions include:

The IBSA et al. v. ACGIH lawsuit documents a number of these concerns involving the ACGIH and how they determine their TLV opinions. There is nothing worse than misinformation in our field – not only are safer chemicals such as nPB made to seem dangerous, but chemicals that are unsafe or unsuitable might be seen as acceptable alternatives.

It is of great concern to that in spite of the very demanding regulations already in effect in Europe some manufacturers of very expensive “new” fluorocarbon alternatives to the less expensive conventional solvents choose to imply that recent ACGIH recommendation for a reduction of exposure limits will have legal effect in Europe. This wrong and no credence should be given by users to any “recommendations” except those issued by government regulators.

The EU will establish DNEL (Derived No Effect Level) recommendations under the REACH legislation in due course and until these are issued all properly designed and maintained equipment is perfectly safe for use for vapour degreasing and any suggestion to the contrary may cause unnecessary confusion and restrict the use of this very useful technology.

EnviroTech Europe urges you and others in your company not to rely solely on TLVs, but rather on official and informed sources instead (See US EPA SNAP Approval for 1-BP). For more information on the properties of nPB and related solvents, please visit www.vapour-degreasing.com. 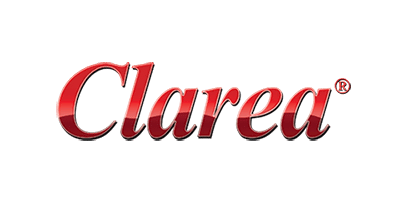 Clarea industrial solvent cleaners are used in many industries to remove dirt, oil, grease, or other contaminants from surfaces without causing harm or leaving residue. They are used as parts washers in manufacturing or automotive industries or are used as wipe cleaners for large surface areas prior to painting or powder coating.

The page you requested could not be found. Try refining your search, or use the navigation above to locate the post.